Just before the digs, the definitions, and the dates relevant to Google artificial intelligence engine (Google AI engine), which is the Rankbrain, let's start with a small example that will illustrates us the revolution that is going on in front our eyes: understanding the user's true search intent.

Before all the mess – an Illustrative example

You sit at home, boring in the extreme and start to ponder everything that is going on around you. The hours are ticking and you realize that if you do not find something to be occupied with, you will probably end this day without contributing anything to humanity. Suddenly, a powerful question arises that you have no answer to: What is the name of Aviv Geffen's sister? But, wait a minute: Of course, the intention is not to Shira Gefen. You remember Shira. Shira Gefen is a familiar figure. No. You want to know what the other sister is called. Well. It really on the tip of your tongue but it doesn't help; you just can't remember.

Ahh, and something else: You also don't really remember what Aviv Geffen's father is called. You know that Aviv Geffen's second sister was born to Aviv's father, but to another mother. Nightmare! Let's start with the searches.

Well, what do you think will happen if we do the search: "Aviv Geffen's father's daughter"?

Here are the results:

Let's try to understand how brilliant this thing is:

Google understood the query perfectly: it split the query into 2 and handled each one individually. First, the algorithm found the father of Aviv Geffen (Jonathan Geffen, whoever asked), then the algorithm found the two daughters of Jonathan Geffen (Shira Geffen and Natasha Geffen), arranged the results in a neat structure (looks like breadcrumbs), attached recent pictures, And transformed each of the search results into a clickable object for more information. And all this, of course, in a fraction of a second. Impressive, isn’t it?

Rankbrain – The dry and official information

Rankbrain – the same element in Google's search engine algorithm (PR), actually allows to integrate machine learning (ML) elements as part of trying to match different search results to users. what does it mean? If until a few years ago, Google used permanent parameters to evaluate the quality of the match between the search result and the user's query, then Rankbrain allows it to understand, as far as possible, what the user's search intent is, even when it comes to new, unused queries and without historical depth from which you could learn.

For example, what does a user who looks for the phrase "Maccabi" mean?

Is the user a father of a two-day-old baby and he wants to register him in Maccabi health insurance a few days before the circumcision?

Is the user a burnt fan of Maccabi Tel Aviv and he wants to enter the site to understand what time the next game will take place?

And maybe the user is a historian currently searching the Hasmonean era?

Rankbrain, according to estimates, learns from the user's search history, the timing of the searches and the location from which they perform quite a bit on the user's intention in the search.

For example, Google can return general data on an event that occurs overseas in September, and what are the more specific search data that has been searched from the same country itself (such as itinerary, event opening hours, etc.).

In 2016, Google announced for the first time that it was using Rankbrain as a key parameter in weighing the page's ranking for a user's search query. In fact, Google noted that this is the third parameter (after external links and content – not necessarily in that order) of importance for ranking and weighting the relevant page.

Rankbrain – What does the future hold?

We now increasingly understand that Google's intention is to show users results that are more relevant to them. Rankbrain is definitely annunciation in this domain, because Google is trying to match search results to the nuances that vary between queries, both in accordance with the time they were performed, the location where they were performed, and the search history of the specific user. The assumption is that the use of the algorithm Rankbrain will only increase in the future.

The popular assumption is that Google in these days runs Rankbrain off-line to learn the results of the algorithm and integrate it into the overall search algorithm when needed. However, it is possible that Google will choose to use this algorithm in the future in real-time queries. 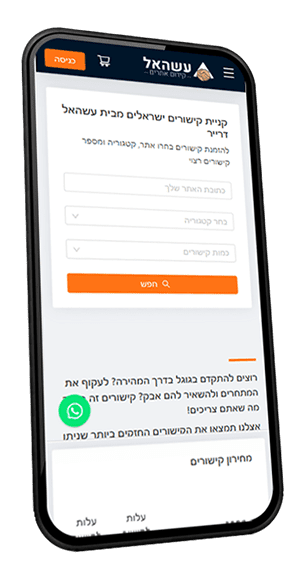 It would be common to say that information systems in general, and websites in particular, are constantly exposed to various risks in the areas of

A site map is a textual file that manages site structure information, the list of pages that exist on the website, various preferences relating to

Accessing websites as an SEO tool

Web accessibility is a process that allows people with disabilities such as the blind, the visually impaired and those with cognitive impairments who have difficulty

Technical SEO refers to a collection of actions performed to improve the infrastructure on which the website is built. Infrastructure is actually the technological casing

Black SEO refers to the process where you want to get great organic results in search engines, for a short period of time. Why and 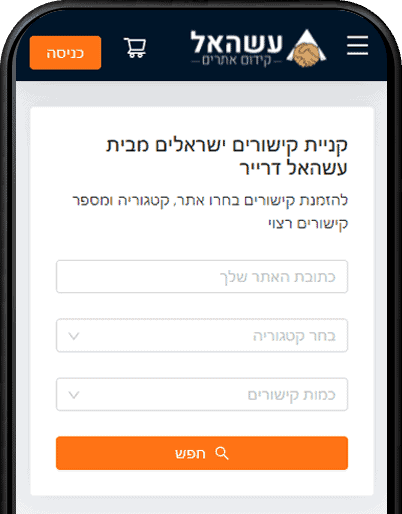 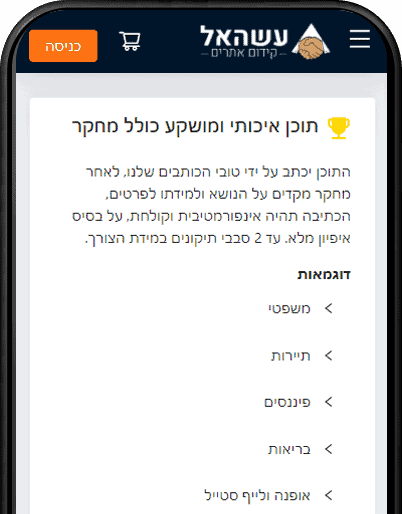